By rachaelApril 25, 2020Conversations, Jesus I am..., Online Services

Welcome Back to Week Two of Jesus I Am…

This Week We’re Tackling the Topic of “Jesus I Am… Hitting Reset.”

This week Tim sat down with Sharon and Mary and discussed how they’re hitting reset in this season. In the midst of social isolation we’re becoming acutely aware that technology cannot replace face to face connection. They discussed how we can use this time to hit reset and create new rhythms and habits that will energise us and allow us to have the connections we need.

Tim, Sharon and Mary looked at what Mark chapter 6 had to say on the topic. You can read these verses below.

30 The apostles gathered around Jesus and reported to him all they had done and taught.31 Then, because so many people were coming and going that they did not even have a chance to eat, he said to them, “Come with me by yourselves to a quiet place and get some rest.”

32 So they went away by themselves in a boat to a solitary place. 33 But many who saw them leaving recognized them and ran on foot from all the towns and got there ahead of them.34 When Jesus landed and saw a large crowd, he had compassion on them, because they were like sheep without a shepherd. So he began teaching them many things.

35 By this time it was late in the day, so his disciples came to him. “This is a remote place,” they said, “and it’s already very late. 36 Send the people away so that they can go to the surrounding countryside and villages and buy themselves something to eat.”

37 But he answered, “You give them something to eat.”

They said to him, “That would take more than half a year’s wages[e]! Are we to go and spend that much on bread and give it to them to eat?” 38 “How many loaves do you have?” he asked. “Go and see.” When they found out, they said, “Five—and two fish.”

39 Then Jesus directed them to have all the people sit down in groups on the green grass.40 So they sat down in groups of hundreds and fifties. 41 Taking the five loaves and the two fish and looking up to heaven, he gave thanks and broke the loaves. Then he gave them to his disciples to distribute to the people. He also divided the two fish among them all. 42 They all ate and were satisfied, 43 and the disciples picked up twelve basketfuls of broken pieces of bread and fish. 44 The number of the men who had eaten was five thousand.

45 Immediately Jesus made his disciples get into the boat and go on ahead of him to Bethsaida, while he dismissed the crowd. 46 After leaving them, he went up on a mountainside to pray.

Or Watch to the Podcast below: 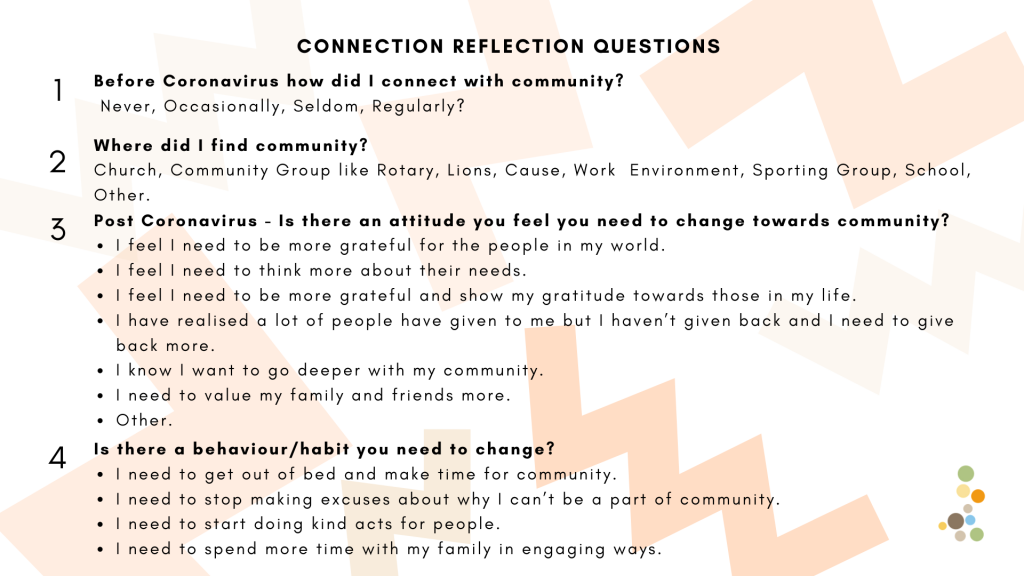 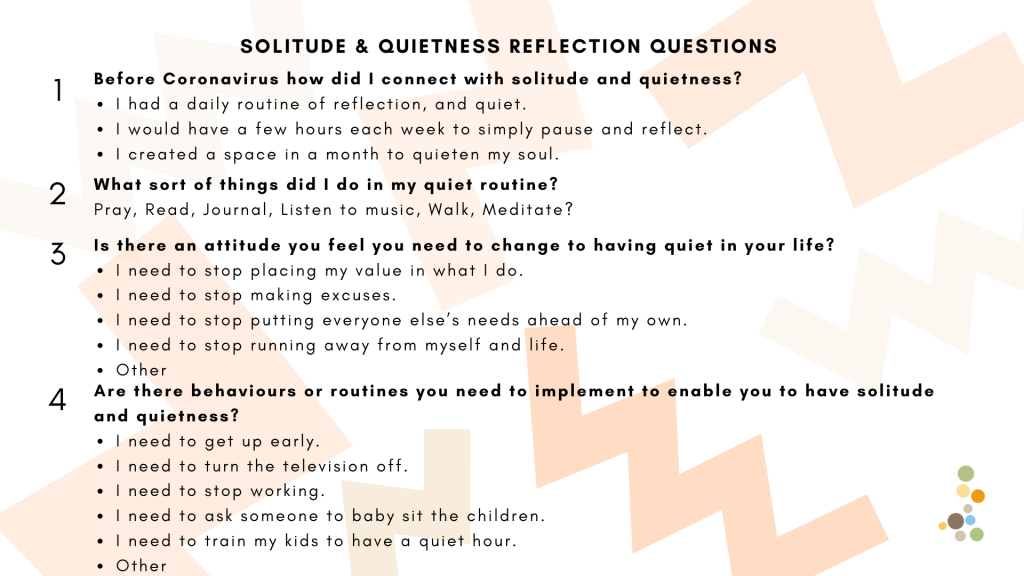 Want to explore and reflect some more on hitting reset and how you can create healthy rhythms? Open the PDF for this week, grab a cup of tea and work through the process.

Head to our Facebook Page to stay up to date with’s happening in the community!

Catch Up on Recent Podcasts

rachael | A Different Definition of Love, Conversations, Online Services | No Comments
Welcome to our new series "A Different Definition of Love!" This Week Our Topic is "Starting A Conversation." Can't wait to share this weeks episode with you. This week we welcome Penne and Cameron who offered us a rich gift in sharing their story of losing not only their baby but the their dream of bringing a baby home. It is…

rachael | A Different Definition of Love, Conversations, Online Services | No Comments
Welcome to our new series "A Different Definition of Love!" This Week Our Topic is "Starting A Conversation." "Love is the conversation we care most about, but it's one of the things hardest to do." This week Jono, Sharon and Michael talk about how we can engage in meaningful and healthy conversations and how to love through disagreements.  Click to Listen to the Podcast on SoundCloud.…

rachael | Conversations, Jesus I am..., Online Services | No Comments
Welcome Back to Our Series Jesus I Am...! This Week We're Our Topic is "Who Do You Say I Am?". This week Jono sat down with Sharon and Matt and had a very honest conversation about self worth, mental health and God's grace. Together, they compare the strength of our self-worth when we place it in God with it's fragility when…
Click for More Posts!